At Fatima, the Blessed Virgin Mary told the three children that many souls go to hell because they have no one to pray or make sacrifices for them. In her Memoirs, Sister Lucy describes the vision of hell that Our Lady showed the children at Fatima:

She opened her hands once more, as she had done the two previous months. The rays [of light] appeared to penetrate the earth, and we saw, as it were, a vast sea of fire. Plunged in this fire, we saw the demons and the souls [of the damned]. The latter were like transparent burning embers, all blackened or burnished bronze, having human forms. They were floating about in that conflagration, now raised into the air by the flames which issued from within themselves, together with great clouds of smoke. Now they fell back on every side like sparks in huge fires, without weight or equilibrium, amid shrieks and groans of pain and despair, which horrified us and made us tremble with fright (it must have been this sight which caused me to cry out, as people say they heard me). The demons were distinguished [from the souls of the damned] by their terrifying and repellent likeness to frightful and unknown animals, black and transparent like burning coals. That vision only lasted for a moment, thanks to our good Heavenly Mother, who at the first apparition had promised to take us to Heaven. Without that, I think that we would have died of terror and fear.

Most Holy Virgin, who deigned to come to Fatima to reveal to the three little shepherds the treasures of graces hidden in the recitation of the Rosary, inspire our hearts with a sincere love of this devotion, so that by meditating on the mysteries of our redemption that are recalled in it, we may gather the fruits and obtain the conversion of sinners, the conversion of Russia and this favor which I so earnestly seek,

which I ask of thee in this novena, for the greater Glory of God, for thine own honor and for the good of all people. Amen. 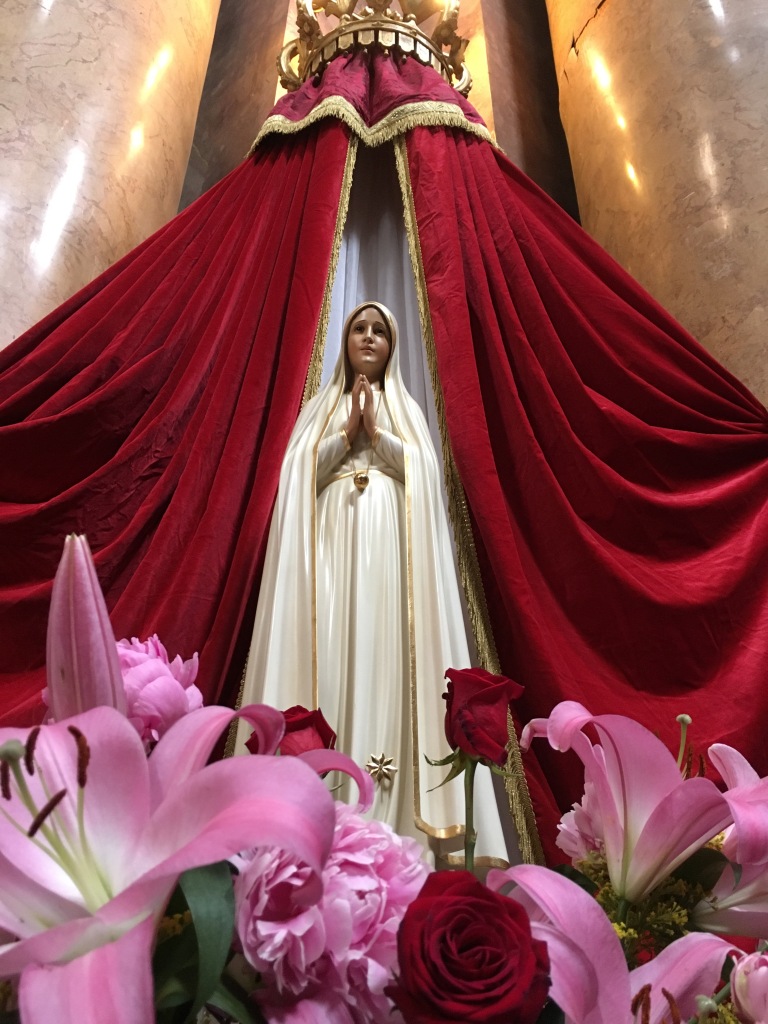