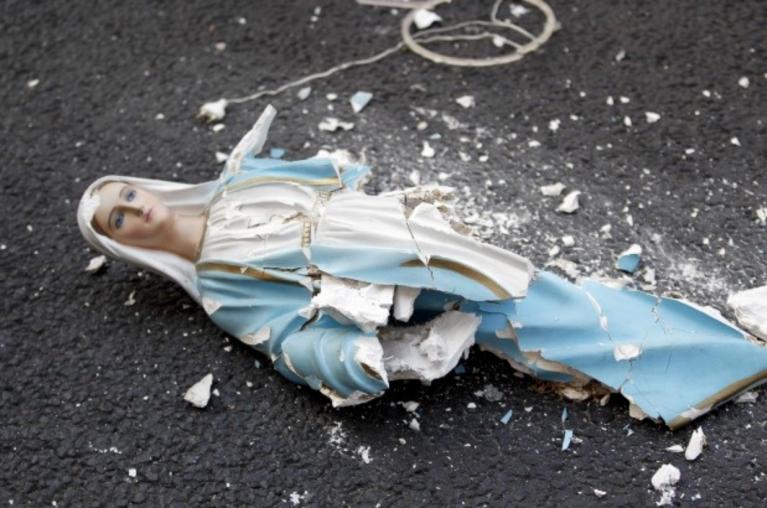 I remember when I was in Rome in 2011, a manifestation resulted in the destruction of property of Saints Peter and Marcellinus (the Station Church of today). This was not a statue from within the Church, but came from a hall adjoining the Church building. 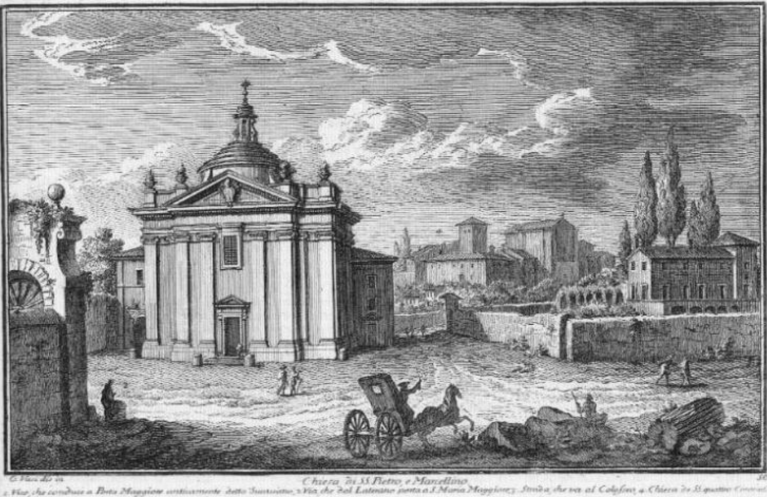 In the neighborhood I was living in at that time, there were signs immediately put up calling for people to make reparation. The group of the manifestation (which resulted in cars being set on fire and windows of store fronts smashed in, and as the picture above shows even the destruction of an image of Our Lady) was known as the Black Bloc. The response for reparation was known as the White Bloc. Regardless of whether or not the manifestation had a disdain for piety, religion, or the faith, we see from this particular example the disorder, the sorrow, the pity of a life without Our Lady, without Our Lord. We see the destruction that comes from a life of following one’s passions, from moving from one worldly delight to the next. Things that will all pass. Vanities that will fade. Joys that vanish as soon as they arise.

Take the above image as a metaphor for what we have to make reparation for in this life. NOW is the time to take such pious steps, especially in devotion to Our Lady, the Most Pure, Virgin Immaculate! She never leads her children astray! Never. Never. 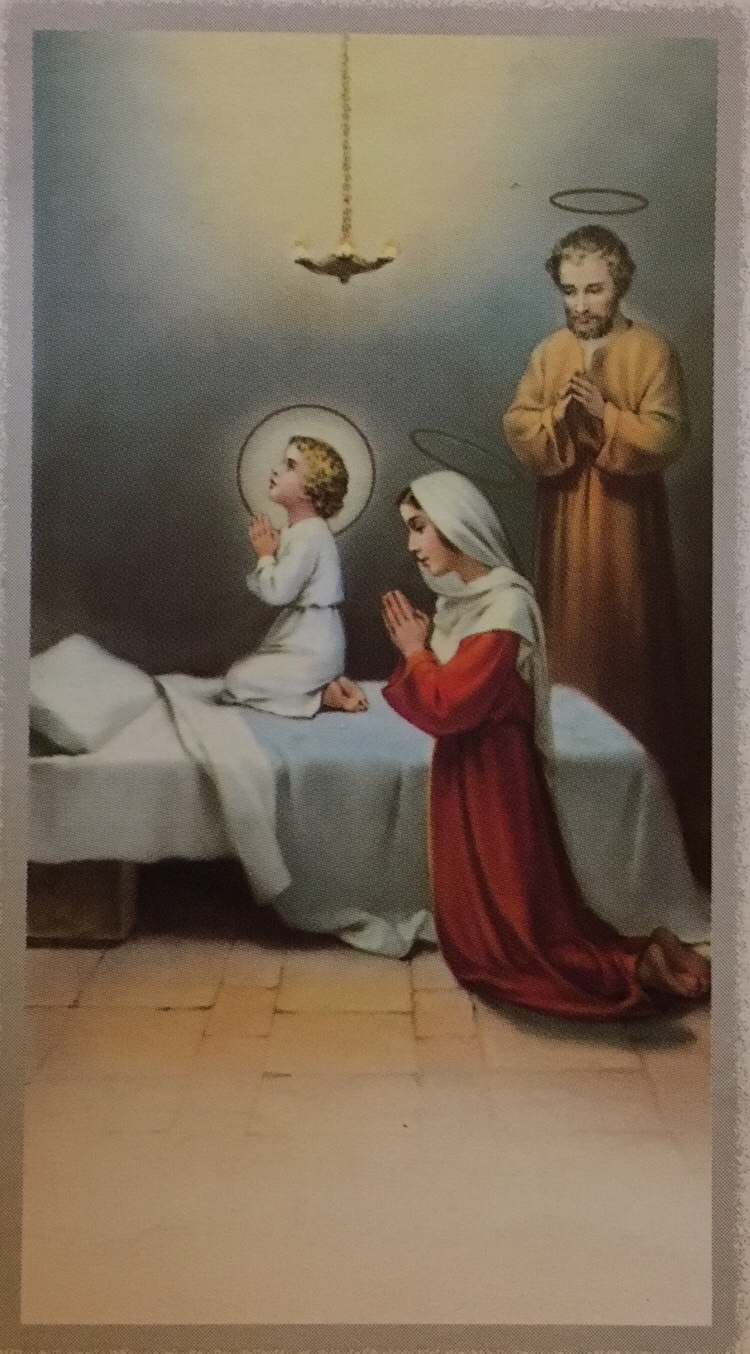 Prayer over the People

Bow your heads to God.

Guard Your household, we beseech You, O Lord, with lasting kindness, so that those who rely entirely upon the hope of heavenly grace may indeed be supported by heavenly protection. Through Jesus Christ, thy Son our Lord, Who liveth and reigneth with thee, in the unity of the Holy Ghost, ever one God, world without end.

One thought on “Saturday after the Second Sunday: Lent 2018”